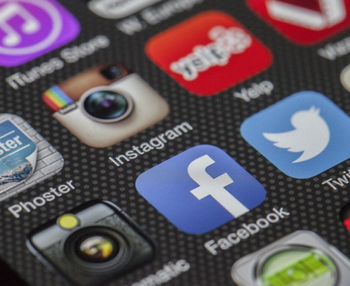 There are apps, and there are apps: some that solve problems, some that don’t. The problem in hand is that the mobile apps market is saturating and the once “gold rush” enthusiasm over digital marketing through mobile apps is coming to an end. And only poor digital brand management is to be blamed for that.

Brand managers and marketers have ruined the potential of global app markets by applying cheap digital marketing gimmicks like falsified reviews and just-view apps to secure excess downloads. Once thriving technology brands have been rated poor over time for adhering to such cheap parlor tricks.

Iterating 2016 estimates of the app market, Campaign US suggests in an article that there are more than 4.7 million apps in leading app stores. Branded apps constitute a large of chunk of this. But in spite of allocation of exorbitant budgets and access to expert teams, such apps don’t solve any real purpose for the user. Stephen Clements, tech and design company Junior’s co-founder was quoted, “brands and advertisers produce apps that don’t solve real product problems, and that don’t have value in mind”.

App users have expressed their resentment in Tumblr and pointed out many much apps that are perpetually useless.

Digital marketers and advertisers have often complained about brand managers wanting apps that “don’t make sense” – maybe for just the sake of it. Utility and common sense – the foundation of any software application – have been forsaken while creating branded apps. Data-driven strategies must be incorporated into the decision-making funnel.

The Branded App Paradox – why do they fail?

From 2013, digital marketing and research agencies have been forecasting the “death of apps”. This forecast has been supported in the successive years’ ComScore Mobile App Report in 2014 and in 2015, which showcases the gradual decline in mobile app downloads, and increase in app uninstalls clearly.

Companies have more investments (expertise-wise and research-wise) involved behind creating each app. Contradicting evidences suggest that in spite of their “best interests”, brand managers have created majorly bad opinions about their brands through branded app issues. Thus, the “paradox”.

Plenty of reasons contribute to the waning interests in branded apps:

Tip: Users’ real-world behaviors need to be adhered to while making the app.

Tip: Proper market research should be the priority while allocating app building budgets. All the world’s top branded apps include some service in it.

Tip: Create an all-purpose “cool” app that is useful in user’s everyday lives. Create separate multi-channel campaigns based on the app, not the occasion. Then keep the app as add-on in other campaigns too. Basically, the app should be an independent self-sufficient offering on its own. It can’t just exist as an add-on catch-point.

With having spent over 17 years with the Champions group leading the APAC territories in the data domain, Mukundan has a reputation of helming some of the most formidable projects in the B2B sector. He is known for his ability to build relationships and make headway for his clients using his expertise in data driven solutions. Having worn a plethora of caps in his vast career he is not an individual of singular talents. Mukundans ability to handle multiple roles and his immense success makes him one of the finest leaders that this industry has seen.